Technically, the Alaska highway is known as the Alcan project - a coined word and an ugly one. Few like it. To the tough men who built it, the highway is known simply as The Road. (Don Menzies, The Alaska Highway (Edmonton: Stewart Douglas, 1943))

The Alaska Highway is a route full of history and controversy. It was initially constructed during World War II and connects the 48 contiguous States of the US to Alaska through Canada. Work on the highway was completed in 1942; at the time it was 2,237 km long, but it is becoming increasingly shorter because of rerouting.

The map below was printed by the Alberta Travel Bureau in 1943. 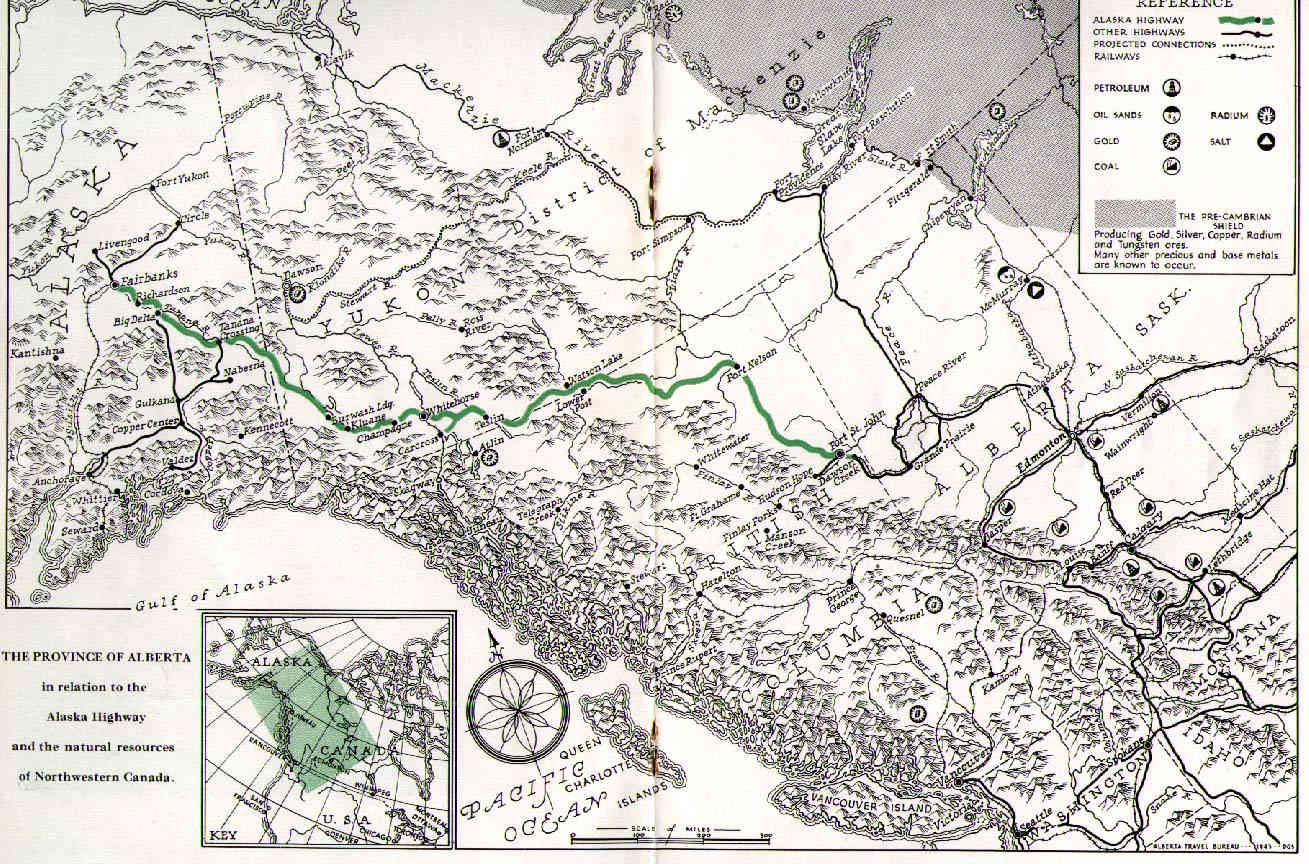